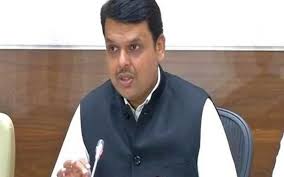 Maharashtra Chief Minister Devendra Fadnavis on Tuesday appealed to Opposition leaders to stop blaming EVMs for their defeat in the 2019 Lok Sabha elections. He also added that they should accept it as the mandate of people.

While replying to the Opposition leaders' claim during proceedings on the last day of the monsoon session, Fadnavis rejected various allegations being raised against fellow BJP leaders. "Opposition leaders must accept that they lost in the Lok Sabha elections due to their own deeds. People of this country have rejected them and it is a bitter but important truth. Even I had once fallen into a similar trap," he said.
He added that he was told by someone years back that ballot papers with yellow colours were used as a part of bogus voting. "We had gone to the Bombay High Court and the Supreme Court but we failed because we refused to accept that we have been defeated by people," he said.
He also recalled that the Election Commission had announced an EVM challenge and representatives of the NCP and CPM had attended. He added that both the representatives had then claimed that they went to the EC to understand the procedure and not to challenge EVMs.