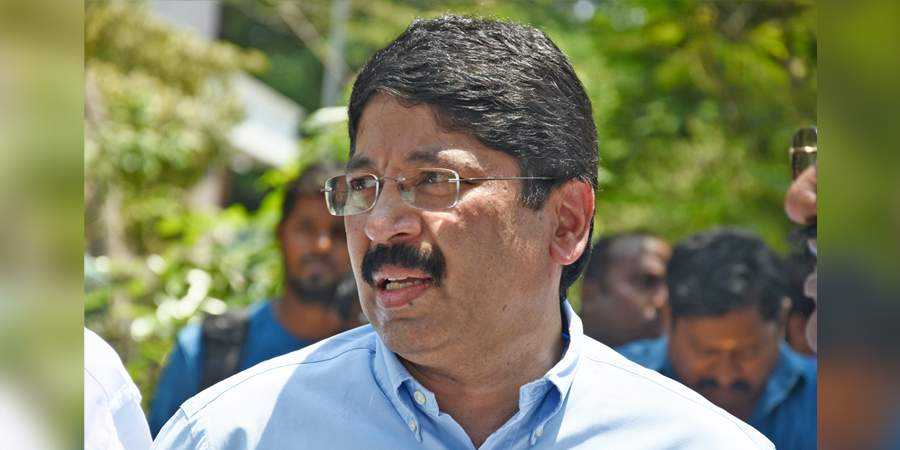 In another episode of the “War of words” in politics, the DMK on Tuesday took a dig in the Lok Sabha on the Tamil Nadu government, calling it the "most corrupt" and the state's ruling party AIADMK, a "slave" of the BJP.

While speaking during a debate on the Motion of Thanks to the President's address, DMK's Dayanidhi Maran asked the BJP to "introspect" regarding why the people of Tamil Nadu rejected them during the recent Lok Sabha polls while adding that the BJP’s strength lies in "opposition's weakness".

The BJP protested his attack on AIADMK, which has only one member in the House. They reportedly quoted rules to claim that Maran cannot use "offensive" words against a state government or raise such an issue while speaking on the President's address.

To it, Maran responded that it’s the duty of the master to take care of slaves, a jibe at the BJP's alliance with the AIADMK. Minister of State for Parliamentary Affairs Arjun Ram Meghwal objected to his remarks.

The DMK member accused the BJP of misusing probe agencies like the CBI and ED, and also the Election Commission.

Regarding the serious water crisis in the state, especially in its capital Chennai, he said the state government remained complacent and did nothing to address the impending crisis.

President Ram Nath Kovind had spoken against corruption in his address, Maran alleged that the Tamil Nadu has the most corrupt government.