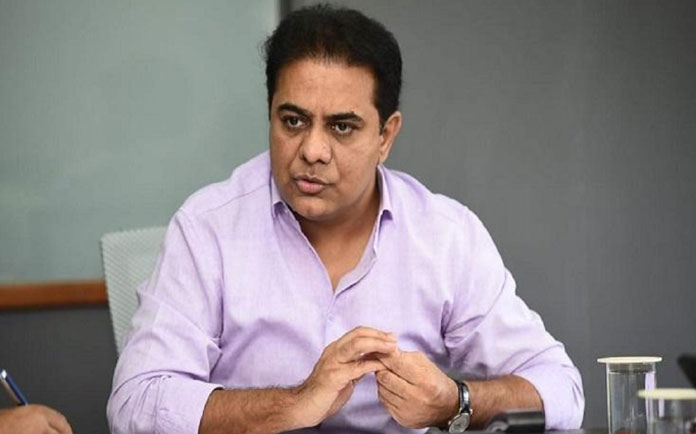 Hyderabad: IT Minister of Telangana, , K.Taraka Rama Rao (KTR) urged centre to reinstate ITIR project which was pending for 10 years. In a letter to the Centre, the minister said that project was designed in 2008 and sanctioned in 2010 for two cities, Hyderabad and Bangalore. It is intended  to promote the IT investments in the country and for this 49,000 acres land was identified in three clusters, KTR said in letter. Land acquired is as per norms of both brown field and green field and space developed will boost  the  set up of their development centres as per IT Minister.

Central government gave green signal for proposal submitted and agreed to support infrastructure in two phases,  phase-1  with an approximate budget of Rs. 165 crore and phase 2 with an  outlay of Rs. 3110 crore. The date line for completion of phase 1 was 2018 and second phase within 20 years thereafter, Minister added. KTR said Telangana Chief Minister K.Chandrashekar Rao wrote many letters to the Centre and submitted many memoranda  during the  past six years, but there was no response from Union Government.

KTR felt that projects like ITIR will provide huge gain to PM Modi’s  ‘Atmanirbhar Bharat’ and youth will get benefitted immensely by the employment opportunities  to be generated by the project, ITIR. The IT minister hoped that the Centre will respond as soon as possible for his request submitted through letter.