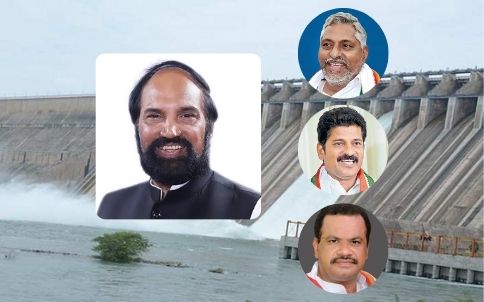 Hyderabad: New TPCC Chief will be announced only after Nagarjuna Sagar by-poll as per Telangana Congress in-charge Manickam Tagore. As per him, the request by veteran leader K. Jana Reddy to defer the decision till the by-poll was considered favourably by the party high command.

“We had consultations with more than 162 leaders who are seniors and district Committee heads. Few names were taken into consideration, but senior leader Jana Reddy requested the high command to defer till Sagar by-poll, so until then Uttam Kumar Reddy will continue as TPCC chief,” said Manickam.

End of speculations for now

Jana Reddy will contest the by-poll as the Congress candidate and the result will rejuvenate party in the state. All leaders will unite and fight for congress win, Manickam further added. This ends speculation on the new TPCC chief for now. Right now, names of Jeevan Reddy, Jana Reddy and Komati Reddy venkat Reddy were listed as front runners for the position of TPCC chief. Revanth Reddy was rumoured as chairman for campaign committee for Telangana.

Jana’s victory will boost the morale

Congress party is pinning its hopes on Jana Reddy’s victory in the by-election and if he is the candidate, the party has fair chances of winning. A win in Nagarjuna Sagar will certainly lift the spirits of cadre as per analysts. If the name for TPCC is announced right now, it will certainly show impact on the result of Sagar by-election, according to party sources in Delhi. This was briefly explained by Jana Reddy when he spoke to the leaders in Delhi a few days ago.