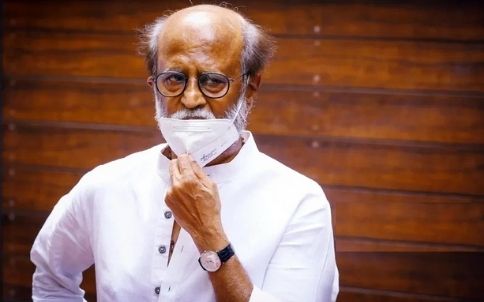 Chennai: Tamil Super Star Rajinikanth will resume film shoot of ‘Annathe” after Pongal and will complete schedule by mid February. As per close aides of Rajinikanth, he will leave for abroad along with family and will be back only after TN assembly elections. Even he will sign new movies after he returns from the US.

What’s going on?
Rajinikanth announced his exit from politics after he was discharged from Apollo hospital, Hyderabad, hinting that he decided against joining politics. ‘Now or never’ was his slogan days before he was admitted in hospital after there were fluctuations in blood pressure. On 2nd January, Spiritual Guru Namo Narayan Swamy met him at Poes Garden, Chennai.

What happened in Hospital?
There were speculations in media that decision of exit from politics is due to warnings about his health from well wishers. And at the same time speculations also included few names of top leaders who intervened and forced him to announce exit. Reason is not exactly known, but his fans strongly believe that some ’outside forces’ made his hero to change his mind. This will never come out in future. But the main gainer is DMK which has now clear edge in the run up to TN assembly elections. Though hospital sources say no one entered his room, phone conversations through his daughter by top people led Rajini to halt from politics and movies.

With Sasikala coming out from prison on January 27th, all eyes turned towards her as she is close aide of late Jayalalitha. But few still believe Thalaiva’s voice will impact the outcome of the elections. His message that he will guide his fans with word of mouth may be the climax of the script.

Will He support Hinduthva?
Rajinikanth has strong beliefs on Hinduthva and spiritual poojas. This was wrongly interpreted by opposition parties in TN that he is a strong supporter of BJP. DMK, which was one of the most worried party after Rajini announced that he will enter politics, had last laugh which feels the threat is ended and road for victory is without any hurdle.

But the main reason of Rajinikanth saying ‘good bye’ to politics and leaving abroad for four months and not signing new films will be a mystery for ever for his fans who are doing services in the name of RMM from past few years.