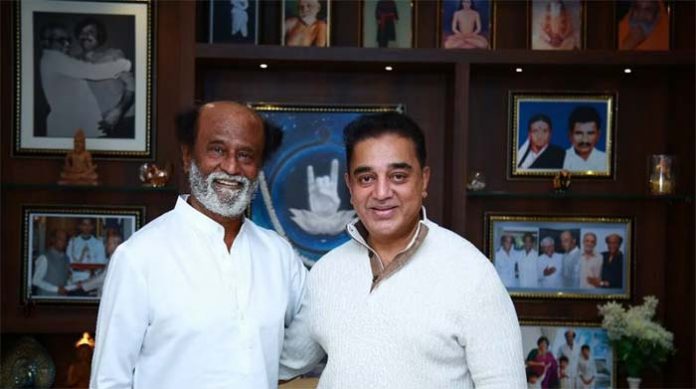 Chennai: Actor-turned-politcian, MNM chief Kamal Haasan responded cautiously  on the decision of Rajini to not to enter politics. Kamal said that he was disappointed but his friend’s health is of utmost important for him , just like his fans.

Kamal who established political party MNM  three years ago fought in 2019 Lok Sabha elections, but could achieve only 3.7% vote share. He is busy in election campaign in Chennai as he has to  join his film shoot from January. There were speculations that Rajini will join hands with Kamal Haasan for upcoming  assembly elections which are due to be held in April-May, 2021

Meanwhile Rajinikanth’s elder brother Satyanarayana said that it is his brother’s wish and no one can force him to change the decision and mind. Earlier Rajinikanth took on twitter by saying he is not coming into politics and will serve the people of Tamil Nadu until his last breathe. ‘Only I know the pain behind it’ said Rajinikanth  while announcing the decision.

Rajini  surprised his fans  within two days of reaching Chennai from Hyderabad where he has spent a day in Apollo hospital which  he joined complaining of fluctuating blood pressure levels. After stabilizing the BP levels the hospital discharged the super star. Then he left Begumpet airport by a special flight for Chennai. “Without entering electoral politics, I will serve the people. The decision of mine will disappoint my fans and people but please forgive me,” the statement said.