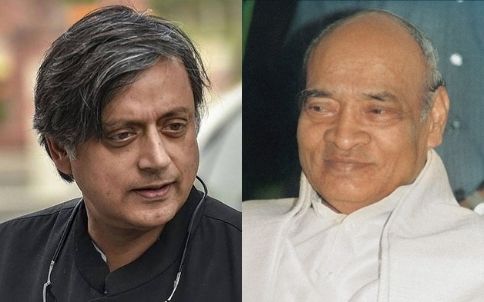 PV was prime minister from 1991 to 1996, during which time he pioneered the economic reforms in the country which was on the brink of bankruptcy. He brought the country back and put on a growth trajectory, in which it has been travelling ever since. PV, who worked as the minister of external affairs with distinction, formulated the “Look East” policy which has been implemented by successive government s with greater vigor by calling it “Act East” policy. PV can also be credited with bringing a modicum of peace back in Jammu & Kashmir and putting off the separatist movement in Punjab in the name of Khalistan with an iron hand. His role in safeguarding the integrity and unity of the country has been phenomenal, more so since he was heading a minority Congress government. The felling of Babri Masjid took place during his tenure and he had to face a number of allegations of corruption which were cleared by the courts during his lifetime. However, he is known for his simple living and high thinking. A polyglot, he used to be conversant in as many as 14 languages. He was also an editor of a magazine, a short story writer and a novelist. He translated Veyipadagau, a magnum opus by Jnanpith awardee Viswanatha Satyanarayana, into English as “Sahasraphan.” He lived a full life at the end of which he had to face insults at the hand of his own party which he served with utmost devotion for more than six decades.

Telangana government headed by K. Chandrasekhara Rao has been celebrating his birth centenary this year holding seminars, publishing his writings and speeches. Dr. Murthy has been organizing ‘PV Memorial Lecture.’ The series of memorial lectures was inaugurated by the then President of India, Pranab Mukherjee, at Jubilee Hall in Hyderabad on 31 December 2012.

Dr. Tharoor is a three-time MP representing Tiruvananthapuram. He was undersecretary general of the UNO before taking a plunge into politics. He is a best-selling author with more than 20 books of fiction and non-fiction to his credit. He was given Pravas Bharatiya Samman, Crossword Life Achievement Award and Commonwealth Writers Prize. He was given Central Sahitya Akademi award in the category of ‘English non-fiction’ for his book “An Era of Darkness.” He is also the chairman of Parliament Standing Committee on Information and Technology.

Please tune Sakalam channel or Facebook the details of which are given below at 5 pm sharp to watch Dr.Tharoor deliver the PV Memorial Lecture.