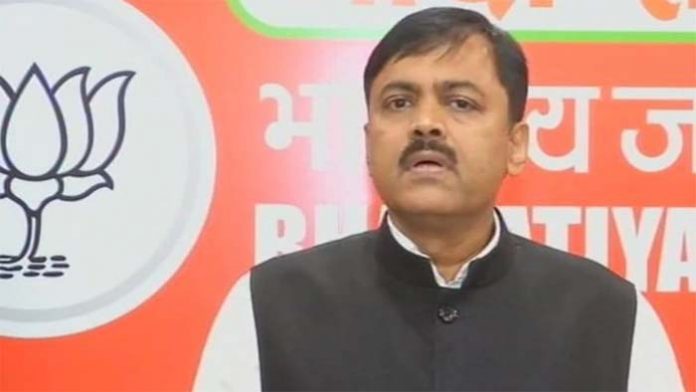 Tirupati: BJP Rajya Sabha Member GVL Narasimha Rao made sensational remarks in a press meet in Tirupati during his visit in connection with the forthcoming bypoll. If BJP makes one surgical strike in Telangana, two should be done in Andhra Pradesh, said Rao addressing media on Sunday. In Telangana, TRS and MIM played religious politics together. In Andhra Pradesh, YCP and TDP are doing the same though they claim they are not religious parties, GVL said. People of AP will make two surgical strikes in AP, one on the TDP and the other on the YCP, the MP said.

The same happened in the case of late Salaam family of Nandyal when political parties tried for vote bank politics in the name of secularism. There is no progress done in the rule of the YCP or by the TDP in previous term, and on farm laws too they are on dual stand which is not at all good for progress of farming sector, GVL further said.

BJP is trying to occupy opposition space which became vacant in AP after TDP failed miserably as the main opposition. It is targeting both YCP and TDP to prove as an alternative to both the parties in the State.