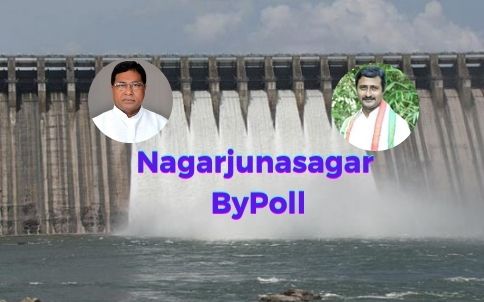 Nagarjunasagar: Political heat is not over in Telangana with GHMC elections. It is bound to increase with upcoming Nagarjunasagar bypoll which will be announced in few days by EC. Announcement of the date and schedule may take time, but main rivals BJP and TRS have already started wooing senior Congress leader Kunduru Jana Reddy to join their parties, offering him their ticket.

Jana Reddy, who is in Kerala may leave for Delhi tomorrow and hold talks with well wishes before taking a final decision. But as per reliable sources close to Jana Reddy, he may opt out from politics and give way to his son, Raghuveer. BJP, which is on a high pitch with good performance in GHMC elections is ready to offer ticket even to Raghuveer, if Jana Reddy gives green signal his son joining the BJP.

TRS is with an option to give ticket to late Nomula’s son Bharat, if Jana Reddy refuses its proposal. Jana Reddy was an ex-home Minister and CLP leader too who has good name in Nagarjunasagar constituency. He served as Panchayati raj minister during 09-14 and worked as leader of opposition in first Telangana Assembly.

There was news that top BJP leaders approached him and invited into party. This became hot topic in Telangana political circles too.

There was news that Jana Reddy’s son Raghuveera reddy will be the BJP candidate for the bypoll to be held soon. Keeping an end to these speculations, Raghuveer released a press note today. “Plz don’t bring politics until Nomula Narasimhaiah’s condolence period is completed. This is not the correct time to do and speak politics. ‘I came from a family of moral values which were given by my father. I am not joining any party nor resigning to the Congress, few parties are circulating speculations to defame me, don’t bother about such rumours” Press note reads.

The clarification is not clear about the stand he would take in future.