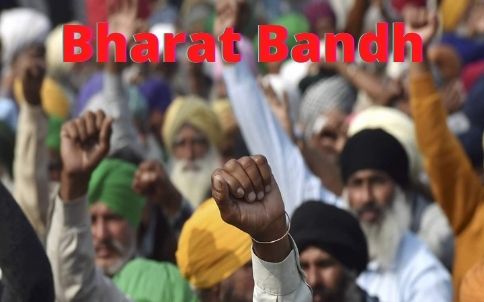 Hyderabad: The farmers’ protest against Centre’s new farm laws got support from all opposition parties for ‘Bharat bandh’ called by them on Dec 8th. Telangana Rastra Samithi (TRS) joined the protest by extending their support for the call given by various organisations related to farmers. TRS President and CM K.Chandrasekhar Rao said that their party cadre and leaders will actively participate in the badnh and make it a success. It is well known that TRS did not support the new farm Bills in the Lok Sabha. MLC Kavitha felt that if Mandi structure is dismantled, there will be no alternative structure in the country and it will make farmer insecure.

This time the farmers’ union stood firm with a demand that the government should roll back the three farm laws enacted by them.

Nearly 14 parties announced their support for the bandh. Congress party will hold protests at all districts and state headquarters according to party’s spokesperson Pawan Khera.

Bank Unions also joined hands with farmers and expressed solidarity protests. They requested centre to resolve the agitation at the earliest, Bank Unions felt that before enactment t, the government should have referred the Bills to select committee.