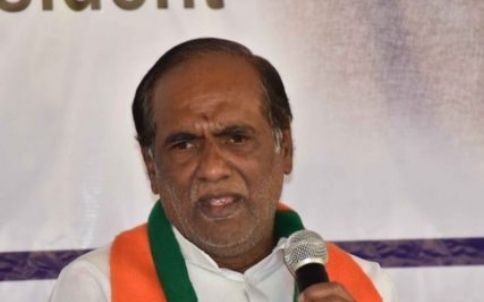 Hyderabad: “Yesterday it was Dubbaka, today it is Hyderabad and tomorrow it will be Telangana State,” said a happy Lakshman, president of national OBC morcha of the BJP, on Friday participating in celebrations at Nampally office of the BJP. Bandi Sanjay, TBJP president, in a lighter vein, said he would dedicate the BJP victory to the State Election Commissioner and the Director General of Police for working as TRS workers.  Sanjay described it as a saffron strike and promised that there would be surgical strike as declared during the election campaign.

There were celebrations at the party headquarters in Nampally after it was clear that the BJP was about to cross 40-seat tally. From four seats in 2016 to almost 45 to 47 seats in 2020 is a great leap for the saffron party.  The number of seats won by the BJP is more than expected even by the saffron leaders, leave alone the pollsters who gave 80 to 100 seats to TRS.