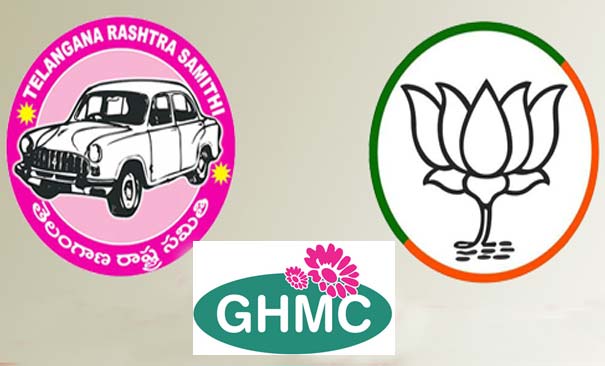 Hyderabad : The TRS and BJP have competed in posting ads in social media while the ruling party dominated the print medium by giving full page advertisements for two days continuously for almost all the English and Telugu daily newspapers circulated in Greater Hyderabad. Besides newspapers and social medium, the parties have spent on buntings, pamphlets, banners and stickers. A candidate contesting in the GHMC elections is allowed by the SEC to spend not more than Rs. 5 lac.

The Facebook Ad Liberty’s data reveals that the TRS and its supporters posted 80 of the social media advertisements while BJP came second with 44 advertisements. The other parties like the Congress did not spend much on advertisements. The expenses incurred by candidates on Facebook and Instagram could be tracked while the Twitter did not allow political ads. There was also what is called guerilla marketing spending a lot of money. ‘Kya Hua KTR?’ is one such example. ‘Hyderabad rejects TRS’ was another. They were suspended after objections were raised. The BJP supporters were very active in this kind of war. Paid advertisements can be accounted for but the amounts of money spent by supporters without any trace to the candidates could not be calculated.