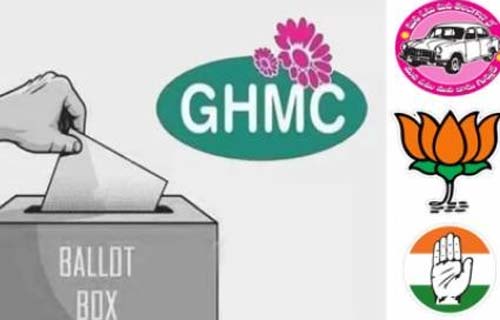 Hyderabad: The percentage of poll varied from 1st night to 2nd morning, showing it around 46% by EC in GHMC elections. On polling day, it was foul cry by all parties that there was a very poor turn out by voters with many reasons. Pink party was calculating how many seats  they will win if the percentage is low and kept low profile on number, without any press statements. IT MinisterKTR thanked each and every voter who cast their vote and specially congratulated his social warriors.

BJP leaders came out in harsh on EC and Government stating they both were responsible for low percentage of voting. TBJP President Bandi Sanjay and Union Minister expressed EC has colluded to rig the elections. Up to 5 pm the percentage was around 37% and it was marked as 46 on Wednesday morning making fingers tightened on nose.

Congress party witnessed a minor clash with TRS at Uppal and their leader Indira objected about MLC kavitha using her vote in Hyderabad. There are two versions and opinion on the poll pattern happened yesterday.