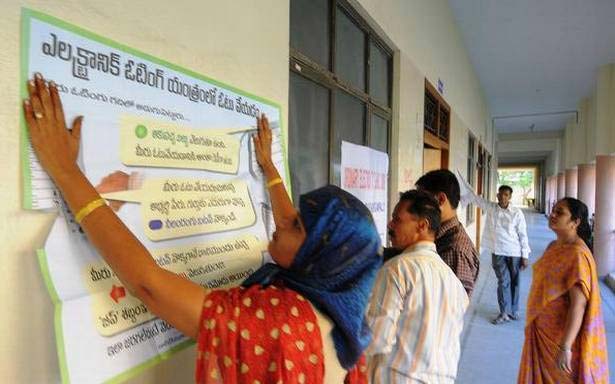 Hyderabad: After vigorous, fiery campaign by all parties in the GHMC elections, now they  moved on towards booth management. They feel, this is the most important move before polling on Dec 1st to help their candidates win. Major parties are tight lipped without leaking the names of their agents. The effort which will go on for  around 31 hrs prior to the poll is a game changer that would affect the results. Leaders from all parties landed in Hyderabad with pockets full to circulate money as the last ditch effort.

Liquor shops are closed from 6 pm today according to the election code, but the candidates’ houseare dumped with bottles for the distribution on voting day. There is no exception for any party in this, who are seen in white jhadis and fortune cars moving around community heads and voters.

This will be a big challenge for the police who are tired with hectic schedules by providing security to Central and State leaders who were involved in hectic  campaign. Voting will take place on Dec 1st from 7am to 6 pm and all elaborate arrangements have been  made by the EC.

Now with Sunday falling on Nov 29th, 30th Monday and Dec 1st Tuesday, political parties are worried about the continuous holidays for 3 days as some schools and offices had declared Monday also as a holiday. This will impact the poll as the migrants are in a mood to move to their native places from Saturday evening.

Rigging  a point of worry for some

Some parties are worried about rigging during the polling day as the voting is through Ballot paper and not through EVMs. All political parties are coming up with a slogan to’ cast vote’ as closing date for campaign was nearing. IT employees, who are in large numbers along with labour workforce, should come out and cast their vote without taking rest at home or leaving for native places, it is for the future of Hyderabad that the elections are being held. It is a must for everyone to use their vote, felt a senior observer from Forum for Good Governance.

The percentage of turnout in 2016 was around 45.27 which is higher than 2009’s  42%, first elections after GHMC was created after merger of surrounding villages and municipalities with the city. Total 9,101 polling stations are allotted for polling by the EC in which 99 polling stations are located  in Kondapur which is the highest number and least in RC Puram which has only 33 polling stations.