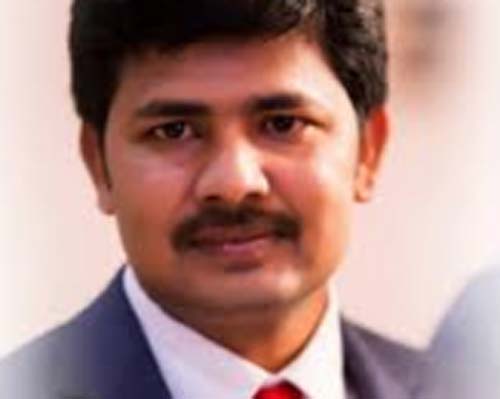 Amaravati: YCP announced Dr.Gurumurthy as its candidate for Tirupathi bypoll for Lok Sabha. The decision by party chief Y.S.  Jagan Mohan Reddy surprised all as they were expecting one of Balli Durga Prasad’s family members to be picked up. Names of late MP’s son and wife were in the race till the end.

Dr. Gurumurthy is well known physiotherapist who accompanied Jagan Mohan Reddy during his path-breaking paadayatra which made  him chief minister of the State. It was Gurumuthy, who took all personal care of Jagan whenever he faced problem during his long marathon. Family members of late Durga Prasad met the chief minister on Friday at Tadepally. He assured  them that one of them will be made MLC in future.

TDP Announced Panabaka Lakshmi as its candidate for bypoll. Lakhsmi had won earlier from Bapatla and thrice from Nellore on Congress ticket. She also worked as union minister during UPA reign. She was left unnoticed post-bifurcation in the Congress and later joined TDP. She lost to YCP in 2019 from Tiruapthi constituency.

There is still confusion between BJP-Janasena coalition about the candidate. Jana Sena believes there are strong Kapu and Balija voters in the constituency and votes may swing towards them if a candidate is fielded from their party. BJP’s State President Somu Veerraju announced from Tirupati that his party will contest in upcoming Lok Sabha byelection, without having a word with Jana Sena party. This statement from BJP irked and pushed Jana Sena leaders and cadre into a corner.