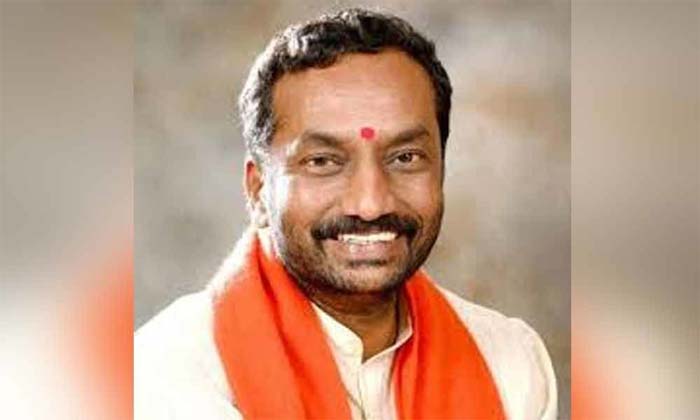 Dubbaka: At last Dubbaka was won by the BJP in the By-election. It’s candidate Raghunandan Rao , who contested for third time consecutively, has upstaged the TRS from its traditional seat. The fight was neck to neck and the proceedings were nail-biting till the end with majority shifting to both parties in each round after the completion of 12 rounds. At the end of total 23 rounds and counting of postal ballot was completed, BJP candidate won a majority of 1118 votes and walked out of Indore College counting centre with a broad smile.

This is the first defeat for ruling party in a by-poll and IT Minister KTR responded after the defeat by saying they will find out the reasons for it and thanked those people of Dubbaka who voted for TRS.

Tug of war from 13th round in counting:

Up to 12th round, BJP was placed in comfort zone and looked to gain lead, but from 13th to 20th rounds TRS picked up votes reducing the lead of BJP to 240 votes. BJP picked up in 21st, 22nd and 23rd round taking the lead to 1058 votes. In 23rd, last round, TRS got 2520 votes, BJP 2958 and congress 971 and the victory swung towards BJP. There is a festive atmosphere at BJP office in Hyderabad with cadre congratulating their party President Bandi Sanjay.

Dubbaka constituency is located in old Medak district with neighbouring constituencies won by CM KCR (Gajwel) and his nephew T. Harish Rao (Siddipet). Out of 10 in the old Medak district 9 MLA seats and lone MP seat were won by TRS in 2018, 19 elections Raghunandan Rao, former BJP candidate who lost to Solipeta Ramalinga Reddy in 2018, has been announced as the party’s candidate for the by-election. Rao had lost in 2014 also. The by-election is being held as a result of Reddy’s death. Rao has been nursing the constituency assiduously.

Dubbaka by-poll has become prestigious for more than one reason. Although both parties – congress, BJP – claimed to be fighting for an outright win in Dubbaka, the fact is that they were struggling to decide who is going to be the main challenger to the TRS in 2023 assembly elections. The second reason is that both parties have new leaders at the helm. Manickam Tagore was appointed at AICC in-charge of the Congress party in Telangana State only recently. Bandi Sanjay replaced Dr. Lakshman as TS BJP head a few weeks back. Dubbaka is the first test they are facing as party leaders. Both Tagore and Sanjay are keen on establishing themselves as leaders of consequence. Kishan Reddy also is involved in first election campaign after he took over as a union minister.

However, the cash seizure controversies have unsettled Raghunanadan Rao’s campaign by causing dislocation and avoidable pressures. Homes of his relatives in Siddipet were raided and cash was seized. On the last day of the campaign, one crore rupees worth cash was seized from a vehicle in which Raghunanadan Rao’s brother-in-law Surabhi Srinivasa Rao was travelling. Srinivasa Rao and Ravi Kumar, driver of the car, have conceded that the cash was meant to be distributed to the voters in Dubbaka, according to Hyderabad city commission of police Anjani Kumar. TRS as well as the BJP have complained to the Election Commission and the Director General of Police, TS.