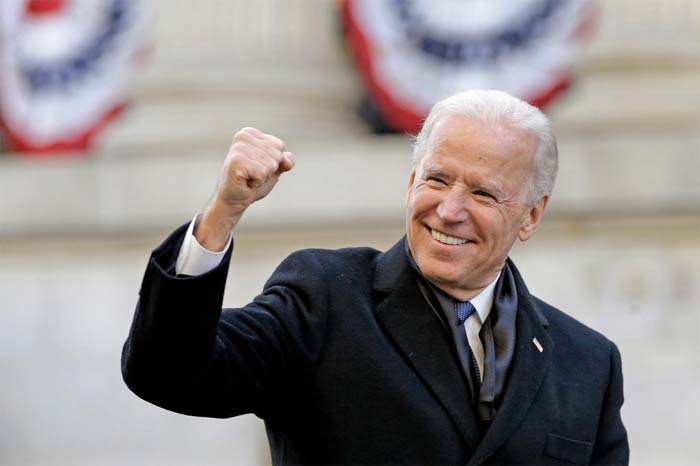 Washington: It’s almost clear now that Joe Biden will be 46th President of US ending the cliff hanger in counting of votes for four days. Biden, the oldest occupant in White House history (78) came up with a statement, ”I am honoured and humbled by the trust the American people have placed in me”. He added, “In the face of unprecedented obstacles, a record number of Americans voted, proving once again that democracy beats deep in the heart of America”.

Biden felt that it is time for America to unite and to heal and called Americans to come together as a nation. He has won more than 74 million votes so far, highest by any candidate in US presidential elections.

Kamala Harris now became the first woman Vice President for US who will be working with Biden. She is also the first black and first Asian American Vice President. After Biden won, she gave her first message to the country on her twitter saying, “This election is about so much more than Joe Biden or me. It’s the soul of America and our willingness to fight for it. We have a lot of work ahead of us. Let’s get started.”

President Trump and his team refused to concede defeat. Trump came up with a statement that his campaign will start prosecuting their case in court to ensure election laws are fully upheld and the rightful winner is seated.