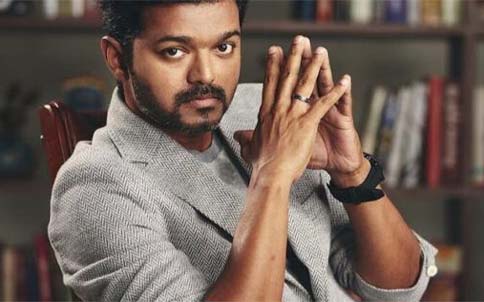 Chennai: News that actor Vijay had  started a political party triggered film and political circles on Thursday evening.  Fans’ club of the actor running in the name ‘Vijay Makkal Iyakkam’ was turned as ‘All India Thalapathy Vijay Makkal Iyakkam’ by his father Chandrasekhar and registered with Election Commission of India on Thursday. As this news floated in media, Vijay rushed with a statement  saying he is no way directly or indirectly connected with that party. He also warned if his name or photograph is used for the party for political agenda strict action will be taken, and requested fans not to support the party which was registered by his father.

As soon as this statement was released by Vijay, his father came out by saying that this party is nowhere connected with his son, and decision was taken by him alone to do hekp the youth who are in fans club for the past 25 years. Party registration at EC is to do good for the people through fans, he said.

Anti-DMK sentiment sought to be highlighted

Vijay’s recent flicks were involved with dialogues screen shots which are against the ruling party in TN, AIADMK and BJP at centre. He faced criticism from the political leaders for those shots used and later edited from censor. There were rumours at that time that Vijay will float a political party after he faced a series of IT raids too. But he clarified that he is nowhere concerned with politics and not interested to launch  a new political party. It became common in TN industry to drag film celebrities in to political gossip from past few months as elections are approaching in 2021 for TN assembly. Kamal Haasan recently said that he will not ally with any Dravidian party and eyeing on Third front. Rajinikanth looks to be firm on decision of delaying his political fight due to covid pandemic. Even the mediation of Gurumurthy also didn’t look positive. Now Vijay’s name was dragged, by his own father without any green signal from him.