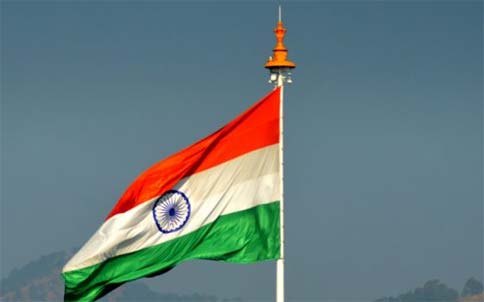 As I am about to complete sixty years as research based analyst in the power corridors of New Delhi and writing books on governance issues, I have come to the conclusion that next big game change in India, in the Republic, is not possible without dramatic shifts in the paradigm of the trajectory of democracy, development and governance.

The common denominators between the three are political parties and electoral system. That is without political parties coming under checks and balance and elections without yielding representation, nothing better could be expected in the country.  But it is a compulsion that we need to rejuvenate the Republic as it approaches 75 years so that the country could expect to have Good Governance at least by the time it is hundred at 2050.

The shift in the paradigm in both the cases, the political parties and the elections, is possible if we could take to ten basic practices. They donot need to wait for structural changes to take on. Most of these could be part of Model code of ECI which the Supreme Court had already confirmed legal standing. I refer to them here only in nutshell.  My more recent books on corruption involving citizen, citizen activism in India, sustaining good governance, rejuvenating the Republic and the Third Eye of Governance, discussed these propositions at length.

The first, is reminding political parties of their very justification and jurisdiction.  Despite cautions by Mahatma Gandhi and the constitution makers, political parties have polarised the balance of power idea inherent in the political system we have adopted. The process of their registration and eligibility criteria need to be revisited now for a renewal by the Election Commission of India.

The second, transparency in governance is as important as mass media are for the democracy.  The Right to Transparency Act of 2005 need to be revived and kept out of being meddled by successive governments.

The third, poll campaigns should be based more on “crowdfunding”, not corporate funding as at present.  The present trend needs to be reversed. This one resolve will make magical difference.

The fourth, why should candidates campaign in solo? Why not candidates reach out voters and appeal together even partly. The campaign should be in a spirit of coexistence as volunteers for public service.

The fifth, news media sources should offer free time or space as an obligation to serious candidates in assembly and Lok Sabha polls.  The ECI should work out the modalities as in the case of AIR and Doordarshan.

The sixth, candidate should be local and the nomination should be endorsed by more number of local voters (than at present) spread across the constituency. (Even if it requires a legal change).

The seventh, political parties could nominate candidates (for symbol) if only they are adhering to their own party constitution as to internal democracy.

The eighth, canvass of candidates and parties and their offers or propositions to voters should be limited to a manifesto or written claims.

The ninth, elections to local panchayats (zillaparishad, mandal and village panchayats) should be on non-party basis (without party symbols), on individual basis, even if some contestants had party links (as it was some decades ago).

The tenth, decisions of an incumbent Government has to be within the poll codes. All contestants should Endorse RTI the Act guaranteeing services delivery (which many states had already passed).

These changes will have lasting and larger impact than going, for example, for simultaneous poll which may be good for consolidation and control and command of a regime, but not for restoring the civilisational heights that India is known for.  By taking these ten steps, Prime Minister Narendra Modi will remain a reformer for decades and a leader who changed the face of India for good.