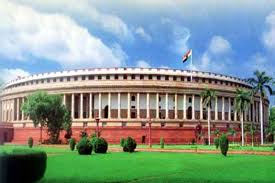 The bill which aims to provide for the surveillance, inspection, operation and maintenance of specified dams across the country was passed in the Lok Sabha on Friday.

The Bill also provides for the institutional mechanism to ensure the safety of the dams.

Piloting the draft law, Jalshakti Minister Gajendra Singh Shekhawat denied the opposition charge that the states were not consulted.

The Bill also provides for the establishment of State Dam Safety Organisations (SDSOs) by the state governments.

The bill states that dams situated in the states will fall under the jurisdiction of that state’s SDSO.

Opposition members said the proposed law will undermine the powers of state governments since water is a state subject.

During the debate, opposing the Dam Safety Bill, RSP member N K Premachandran said the Bill is too focused on structural safety and not on operational safety.

Trinamool Congress member Mahua Moitra argued that the Bill aims at riding roughshod over states and taking away their power to manage Dam Safety.

"Please do not bring legislation which impinges on the rights of the states," she said.

DMK member A Raja also opposed the Bill, saying that land and water were state subjects.

Sources said as per the provisions of the Bill, the National Committee on Dam Safety will be constituted and will be chaired by the Chairperson, Central Water Commission.

The centre has argued in the past that lack of legal and institutional safeguards has made dam safety an issue of concern in the country and this bill will address this concern.

There are over 5,200 large dams in the country and hundreds of medium and small dams.