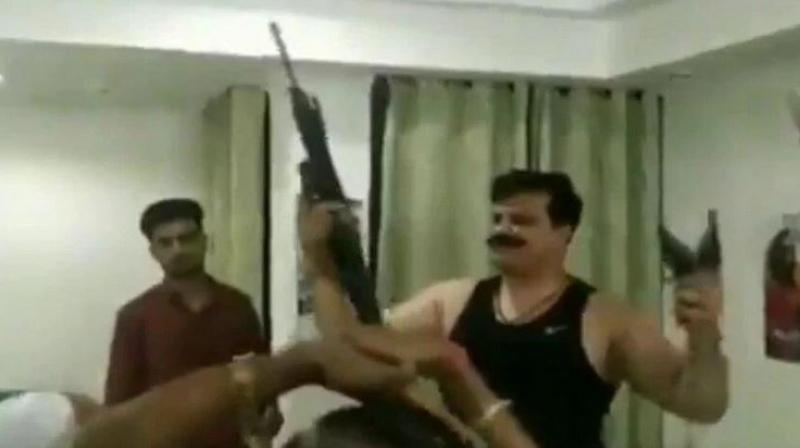 Three arms licenses of Uttarakhand MLA Kunwar Pranav Singh Champion, who was seen dancing with two pistols and a carbine in a viral video, have been suspended, officials said on Saturday.

Suspended from the party for an indefinite period after the video came out, the BJP MLA has also got a notice from the party why he should not be expelled. 'After getting reports from the Haridwar police, I have suspended three licences of (Kunwar Pranav Singh) Champion,' District Magistrate Dipendra Kumar Chaudhary said. Under the notice, Champion has been asked to reply within 15 days as to why the licences of all the three weapons should not be cancelled, he added.

State BJP President Ajay Bhatt on Wednesday had served a notice seeking Champion explain why he should not be expelled as the opposition launched a scathing attack on the ruling party on the issue. Led by state Congress Vice President Suryakant Dhasmana, a host of Congress leaders sought strict action against Champion - a former Congress MLA - on the basis of this video and called for filing an FIR against him.

Champion had been suspended for three months by the ruling BJP last month after a preliminary report prepared by the state party unit's disciplinary committee found him guilty of gross indiscipline and also took cognizance of his alleged threats to a journalist.