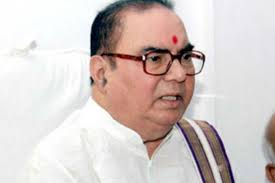 Rao, who was not active in politics for a long time, was formally welcomed into the party by BJP President Amit Shah at a meeting organized to launch the party’s membership drive here.

He had been Chief Minister of Andhra Pradesh for a month in 1984. Then a cabinet minister in Telugu Desam Party (TDP) founder N.T. Rama Rao’s cabinet. He is the shortest serving CM for AP, who occupied and ousted by NTR after 31 days. After a political hiatus, he was elected to the 12th Lok Sabha in 1998 from Khammam constituency on Congress' tick.

Bhaskar Rao later joined the Congress but was not active in politics for a long time.