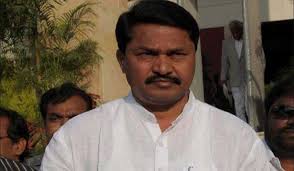 Congress leader Nana Patole filed a petition before the Bombay High Court on Friday challenging Union minister Nitin Gadkari's election to the Lok Sabha from Nagpur. He alleged illegalities in the electoral process.

Gadkari had defeated Patole by 1.97 lakh votes in the 2019 LokSabha elections.
Patole's lawyer, Vaibhav Jagtap gave the news of the petition being filed before the Nagpur bench of the high court.
While speaking to the reporters, Patole had alleged that laid-down procedures were not followed by the election authorities.
He claimed that the petition is against the Election Commission of India, their chief officers and Nitin Gadkari.
During the election, Patole had questioned the security around the strongrooms housing electronic voting machines.