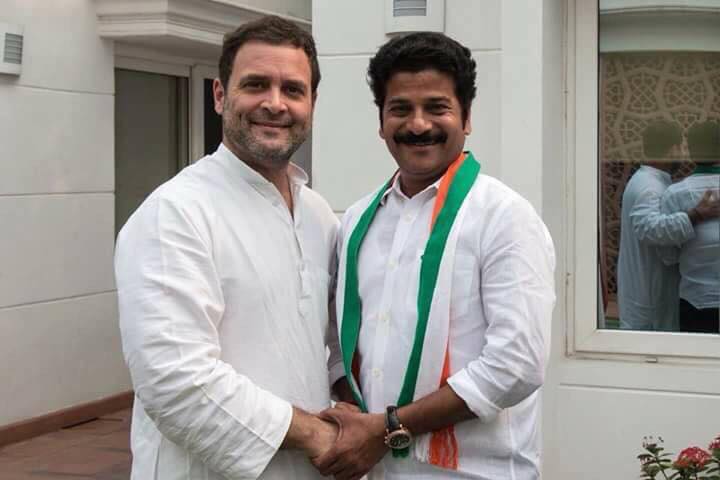 Malkajgiri MP Revanth Reddy on Saturday also stepped down as the working president of the Telangana Pradesh Congress Committee.

He said that he has resigned for the betterment of the State Congress party and would continue to strengthen the party even without the position.

With this move, the pressure will now mount on TPCC president N Uttam Kumar Reddy to follow suit. Senior leaders in State Congress are upset over Uttam Kumar Reddy's handling of the party. They attribute the Congress' defeat in the Assembly elections and MLAs crossing over to TRS to his failed leadership. The Congress incidentally lost its Leader of Opposition status in Telangana Congress after it appeared to have rebounded in the Lok Sabha polls following the debacle in Assembly polls.

Several Congress leaders across the country have resigned from their positions in a bid to urge party president Rahul Gandhi to continue as president.

Former MP Poonam Prabhakar has also resigned as the working president of the TPCC.