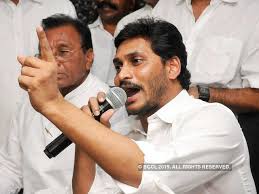 Keeping his assembly elections promise, Andhra Pradesh Chief Minister Jagan Mohan Reddy has agreed in principle to return lands to farmers who were unwilling to part with it or which the government doesn’t require any longer.

After a review meeting with the Andhra Pradesh Capital Region Development Authority (APCRDA) officials on Wednesday, the decision was formed.

Post the meeting, AP Municipal Minister Botsa Satya Narayan said, “Irregularities were found in allocating plots to farmers who have given their land. The Naidu government gave priority to their close aides while allocating land. We will not continue the works of the Naidu government at any cost. The land will be returned to farmers who were forced to give up their claim.”

The previous state government had reportedly procured around 34,000 acres of fertile land for construction of Amaravati’s capital city which was taken under the Land Pooling Scheme, which was introduced by Naidu government to replace Implementing Existing Land Acquisition Rehabilitation and Resettlement Act, 2013.

It was finalized that after the capital was constructed, 30% developed land will be returned to farmers and till then, they will get an annual compensation.

Meanwhile, the Jagan government claimed that there were irregularities in the allocation of plots while adding that cabinet ministers and their families were favoured.