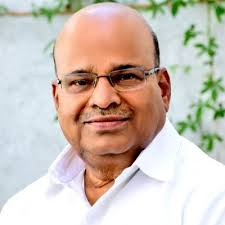 Union Minister Thawarchand Gehlot was appointed on Tuesday the Leader of the Rajya Sabha, a position occupied in the previous Narendra Modi-led government by senior BJP leader Arun Jaitley who has had health issues and is currently recovering, official sources said.

Gehlot, the social justice and empowerment minister, is an experienced parliamentarian and a Dalit face of the saffron party.

The appointment for the Leader of the Rajya Sabha is made by the party in power at the Centre.

The 71-year-old leader from Madhya Pradesh has almost four decades of legislative experience. He was a member of the state assembly for several terms and has served in the Lok Sabha as well as the Rajya Sabha.