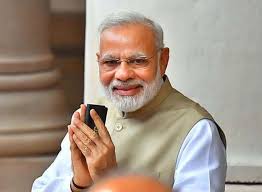 Pakistan decided on Monday that it will allow the Prime Minister Narendra Modi 's plane to pass through his airspace to join the SCO meeting to go to the city of Kyrgyzstan Bishkek.

In the meeting of the Shanghai Cooperation Organization (SCO) on June 13-14, Pakistan's Prime Minister Imran Khan also has to take part. After the attack by the IAF on the Jaish-e-Mohammed terrorist camp in Balakot, Pakistan had completely shut down its airspace on February 26. Since then, Pakistan has opened only two of the 11 ways that pass through the top of South Pakistan.

India had requested Pakistan to allow Prime Minister Modi's aircraft to pass through their airspace to go to Bishkek in Kyrgyzstan.

An official confirmed that the Imran Khan government has accepted the request of the Indian government to allow Prime Minister Modi's aircraft to go through Pakistan's airspace to go to Bishkek.

The official said, "After the completion of formalities, the Government of India will be made aware of the decision. The Civil Aviation Authority will also be instructed to inform Airmen. "He also said that Pakistan hopes that India will accept its offer to negotiate peace talks.