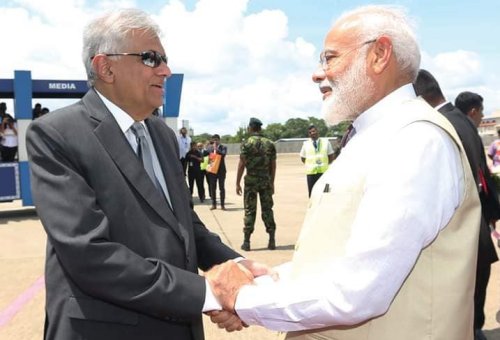 Both prime ministers focused their attention on the current progress of the bilateral relations of the two countries and future plans. The discussions also focused on global terrorism and collective actions need to be taken regarding counterterrorism measures.

Premier Modi, who arrived at the Bandaranaike International Airport in Sri Lanka Sunday morning on the invitation of President Maithripala Sirisena, was received by the Sri Lankan Prime Minister. Since many meetings were scheduled during PM Modi's short visit, the two prime ministers held discussions in the vehicle during the ride to Colombo from the airport.