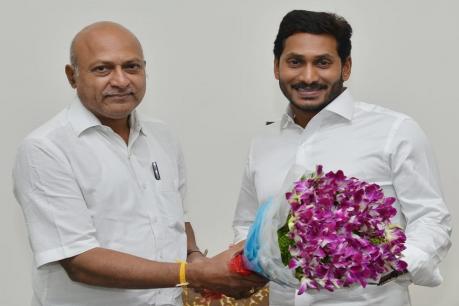 Andhra Pradesh government has appointed Ex IAS officer Ajeya Kallam as a Special Advisor to AP CM YS Jagan. Not only Ajeya Kallam will be guiding Jagan in the administration but will function independently like a cabinet minister with almost 10 officers working under him directly. Also, the retired IAS is going to handle all the top IAS and IPS officers for Jagan, as he knows all of them inside out.

During TDP government, where Ajeya Kallam worked as CS, he commented openly that corruption is getting heaped inside the government. Also, he's critical of some projects and agreements between the AP government and Singapore.