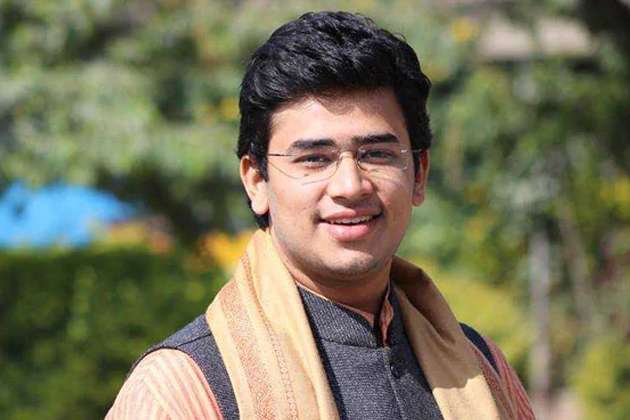 In the recent Lok Sabha Elections 2019, the public once again elected the incumbent BJP government with a majority. A name which has been in a lot of discussion among the elections is Tejasvi Surya who reached the Parliament corridors as the BJP's youngest MP.

BJP candidate Tejasvi Surya has won with a huge victory over Bengaluru South. Surya defeated BK Hariprasad of Congress by more than three lakh votes. From the south of Bangalore. This seat was won by the late BJP leader and former union minister Anant Kumar six times.

Tejasvi Surya is originally from Chikmagalur district of Karnataka. His uncle L.A. Ravi Subramanya Basavangudi is an MLA from the Legislative Assembly. Surya was a member of BJP's National Social Media Team and Bhartiya Janta Yuva Morcha's Regional Secretary General.

Surya has been in the RSS and All India Vidyarthi Parishad (ABVP). He has been continuously active on local issues.

When the ticket was received from the BJP, the Tejasvi Surya did not even believe at that time. He tweeted, 'O God, I do not believe that the Prime Minister of the world's largest democracy and the president of the largest political party has expressed his belief in the 28-year-old young man for a prestigious seat like Bangalore South.' He said, 'It can be only in BJP, only in Narendra Modi's 'New India'.'