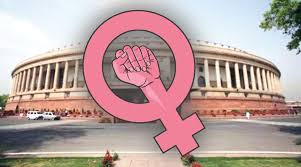 The 17th LokSabha Elections saw a lot of record-breakers. With the BJP-led NDA breaking its own 2014 record and forming a government with a majority, to this election being the first one with the highest number of women MPs.

With the lowest being 4% in 1977, 2019 saw 14% representation to women in the parliament. As the bill of 33% representation for women in the legislature is still pending, India saw the highest number of women MPS in the 17th Lok Sabah elections. Out of the 716 women who contested the elections, 78 women were elected after there were 62 female MPs in 2014. Some women left the turf like Sheila Dixit (Congress), a 3-time Delhi CM while new ones entered like Sadhvi Pragya (BJP), 2008 Malegaon terror blast accused who defeated former Madhya Pradesh CM, Digvijay Singh. West Bengal and Uttar Pradesh both led the chart with 11 Female MPs each under them followed by Maharashtra (8) and Odhisa (7) and finally other like Gujrat (6), Madhya Pradesh and Andhra Pradesh with 5 seats each. Rajasthan, Tamil Naidu, Chhattisgarh, and Bihar each saw 3 female MPs in their state. With Karnataka being the only one with 2 MPs, Assam, Chandigarh, Delhi, Haryana, Kerela. Meghalaya, Tirupura, and Uttrakandh saw one MP each.

The giant slayer this time was BJP’s Smriti Irani who defeated Congress President Rahul Gandhi in Amethi, which was his home ground since 2004. 4 Transgenders contested the elections independently while Aam Aadmi Party fielded 1 transgender candidate being the only party to do so. However, neither of them won. Other women who won were Former actress Hema Malini (BJP) from Mathura, Maneka Gandhi (BJP) from Sultanpur, Congress Supremo, Sonia Gandhi from Rae Bareli, Kirron Kher (BJP) from Chandigarh and many more.

Despite the fact that the female representation in the parliament has been the highest this year in India but it still lesser as compared to other nations like Rwanda with 61%, Cuba’s 53%, or even Saudi Arabia’s 19%With core issues regarding women empowerment emerging in the party manifestos, it’s important that more and more women step in politics and be the lawmakers to ensure that the laws passed in the parliament do not date back to the 19th-20th century which will the leave no difference between 2019’s 14% and 1977’s 4%.