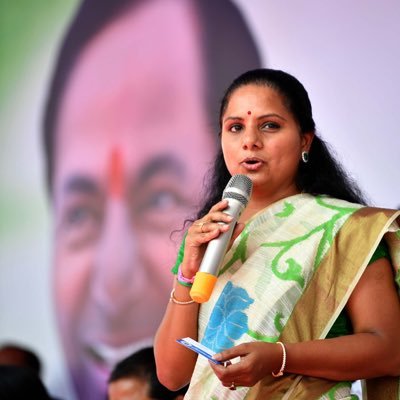 The daughter of KCR Telangana CM Kavitha was defeated by BJP in the constituency. According to the information available on the Election Commission's website, the son of Rajya Sabha member D Srinivas and the first time in the electoral politics, D Arvind has won by 71,000 votes.

Kavitha won the 2014 election with 1.67 lakh votes. Nizamabad came to the headlines when 177 farmers landed in the electoral fray There were 185 candidates in the fray of elections.

She tweeted "I thank the People of Nizamabad who gave me a chance to serve them for past 5 years. Congratulations to Aravind garu for winning the election this time.Thanks to those who worked hard for me."