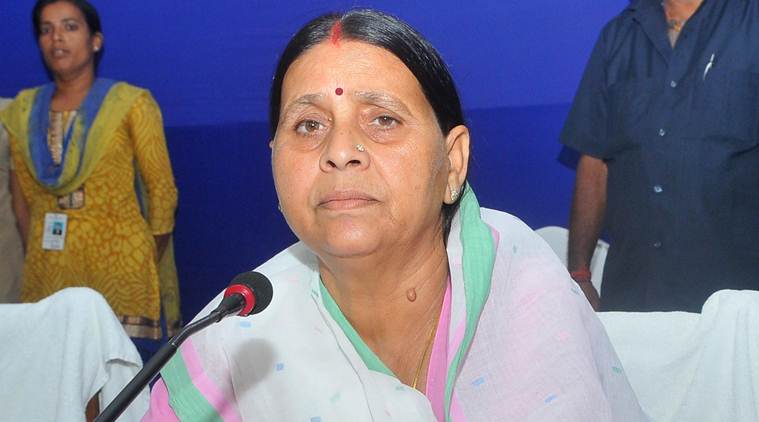 Devi is the vice-president of the Rashtriya Janata Dal, made the remarks on Twitter, where she alleged that Modi had been behind "abduction and murder of many judges and journalists".
The wife of jailed RJD president Lalu Prasad Yadav made the remarks referring to a comment by Priyanka Gandhi Vadra, who compared Modi to Duryodhana — the antagonist of the epic Mahabharata.

"Priyanka did the wrong thing by calling him Duryodhana. She should have spoken a language different in tone and tenor, the RJD leader said.

Her remarks invited sharp criticism from the ruling government. Senior BJP leader and Deputy CM Sushil Kumar Modi called it a mark of "panic" within the Opposition which, he claimed, was facing an imminent defeat in the polls.
He said in a statement, "Rahul Gandhi is calling Modi a rioter, Priyanka is comparing him to Duryodhana, Mamata Banerjee is speaking of a tight slap... Rabri Devi's remarks are part of the same series."

JDU MLC Neeraj Kumar too called out to Devi for her comments in a tweet:

“Failed to educate two sons properly and the Mahabharata between them is out in the open. The foul language stems from frustration. It would be interesting to see reactions after May 23 when the election results are out."