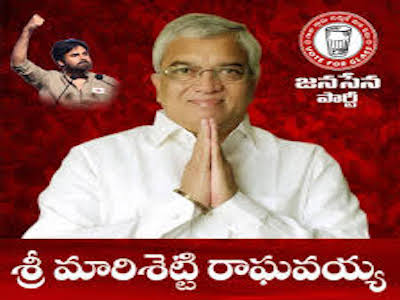 Before the announcement of the results of the assembly and Lok Sabha elections in Andhra Pradesh, the Janasena Party, formed under the leadership of actor-turned-politician Pawan Kalyan, has suffered a major setback. Senior leader and treasurer Marishatti Raghawayya has resigned from the party.

He sent his resignation to Pawan Kalyan on Thursday. However, he has cited personal reasons for personal reasons.  Arjun, another leader with Raghavya, has also resigned from the Jana Sena.

Marishetty Raghaviah played a key role in the Jana sena Party. As a senior leader and treasurer, vital responsibilities were held during the election period