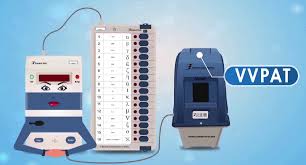 Voting has started in Odisha for 41 Lok Sabha seats and also for 41 assembly seats. 9 per cent of voting is completed by 9 am in the morning. Voting ended in 106 Assembly seats in the state assembly of 147 assembly seats.

There are 1,131 candidates in the fray for 147 assembly seats in Orissa, out of which 295 have assets of more than Rs 1 crore.  Bobby Mohanty of Congress, who is contesting from Cuttack constituency, is the richest among the millionaire's candidates in the fourth and final phase of elections in the state. He has assets worth Rs 106 crore. After him, Chief Minister and Biju Janata Dal (BJD) chief Naveen Patnaik, who owns assets worth more than 60 crores.

According to an analysis conducted by Odisha Election and Association for Democratic Reforms, among the millionaire candidates, 97 of BJD, 75 of BJP, BJP 73, Congress of 73, Four and 41 independent candidates have declared that they have assets worth more than one crore rupees.