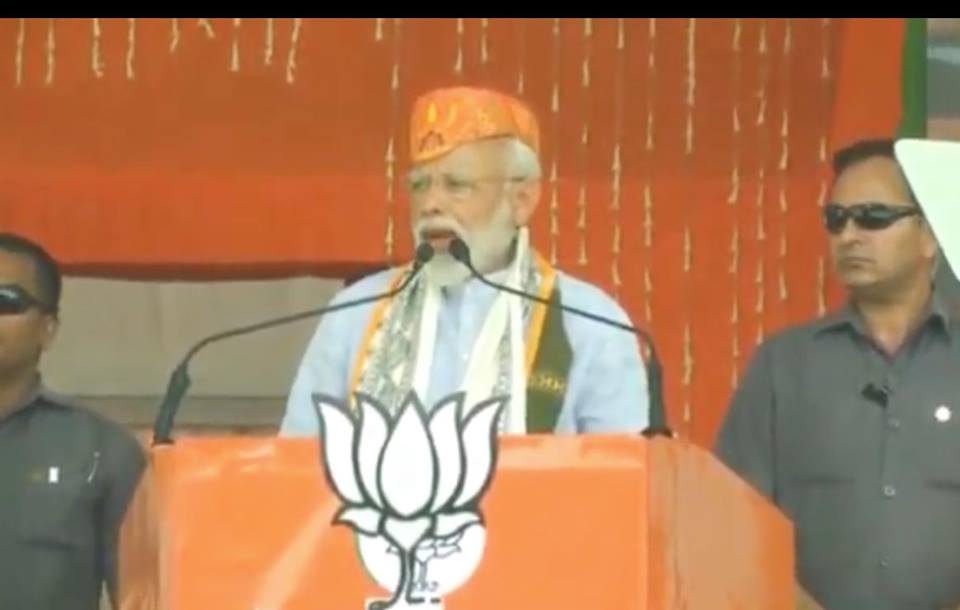 Prime Minister Narendra Modi on Thursday called National Security and Terrorism as the biggest threats of new India and said that this new Hindustan, which would enter the bases of terrorists and vanquish them. While addressing an election rally in Darbhanga, Modi said, 'around the neighbouring nations, terror factories are underway and this Opposition says that' terrorism is not an issue.'

Modi took a dig at the opposition saying, 'They are cut off from the land, which does not recognize the public's pulse, and in the elections of the three phases, the public has explained them through the vote.' He appealed to the youth that in the twenty-first century Son and daughter are choosing the government of Delhi for the first time, our young men are leading this election.

'He said that for the last 40 years, the money which should have been spent for the welfare of the poor, due to terrorism is being spent in the purchase of bullets, bombs and guns.' He then went on to assure that as long as there is Modi, there will be no tampering with anyone's rights.