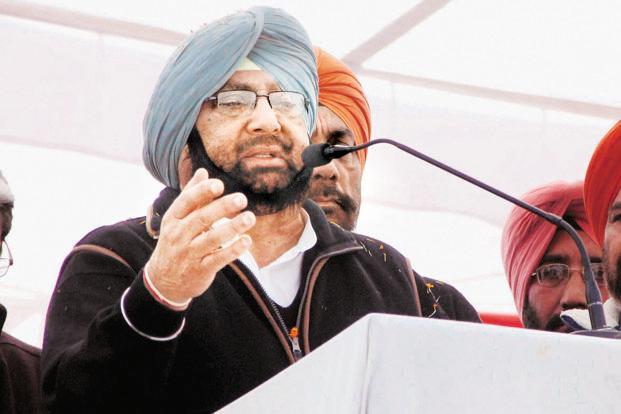 While laying the foundation stone of Girls Degree college at Buta Mandi, CM of Punjab spoke about his party’s vision of education in Punjab. He announced that if voted back to power, his government will establish 50 colleges in the time span of 3 years.

The establishment of the college was laid at a crucial time, just ahead of the Lok Sabha election. On February 28, Thursday, the Girls college Degree college project was initiated in Buta Mandi that happens to be a Dalit stronghold.

There was a demand to establish a girl’s college in the area for a decade. In fact, just a few months back, social activist staged a dharna for several days demanding to establish a girl’s college. And finally, just ahead of elections, their demands were met. The location of the college falls under the Jalandhar west constituency. And is being represented by Sushil Rinku in the state Assembly.

The CM criticised the previous government's failure, the BJP-SAD government in keeping their promise to open the degree college in Buta Mandi, in 2008.

The CM also stated that in just two years time, his government has initiated the process for establishing 17 colleges, whereas the previous government had set up only 30 colleges in its decade long rule. He promised that the college will be completed in one and a half years time. A fund of Rs. 13 crores have been invested in this project. And three-acre land has been allotted for the same.