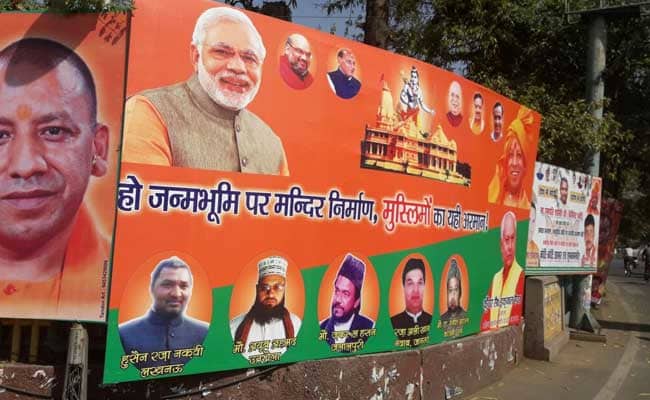 The Lok Sabha polls are around the corner, and BJP launched its manifesto on Monday. The underlying theme throughout the manifesto is Nationalism. The 2019 BJP manifesto promises exactly the same thing, it promised in last elections- Ram Mandir.

The Ram-temple issue has been a double-edged sword for the BJP. It had promised to build the temple in the last election. The party promised that if voted to power, Ram Mandir will surely be built in Ayodhya.

“Those in power who had promised to build the temple should listen to the people and fulfil the demand” taunted Bhaiyyaji Joshi, RSS General Secretary.

Former VHP leader Praveen Togadia had said before the elections were announced, that the Narendra Modi government should bring an ordinance to facilitate construction of a Ram temple in Ayodhya.

Much later in the manifesto, the ‘Sankalp Patra’ brings up the burning issue of Ram Mandir. It reads, “We reiterate our stand on Ram Mandir. We will explore all possibilities within the framework of the Constitution and all necessary efforts to facilitate the expeditious construction of the Ram Temple in Ayodhya".

Rajnath Singh said all alternative options will be explored for the construction of Ram temple in a conducive manner.