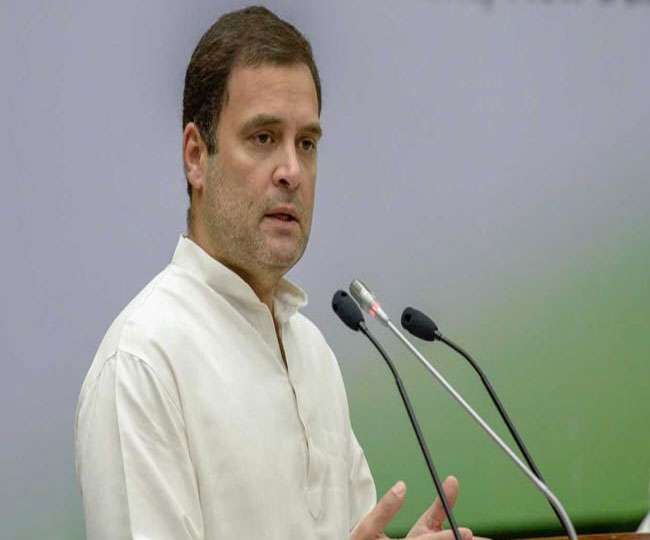 A special section is solely devoted to the North East states in the Congress Manifesto 2019. The manifesto reads that the party affirms that the North Eastern states are unique and valuable in its contribution to India’s cultural diversity. The party promises to defend and protect the interest of the states and the people. The manifesto also commits that if the party is voted to power it will ensure rapid economic development in the region.

Congress promised to restore the Special category status to the NES (North Eastern States). The party also promises for an Industrial policy for the regions economic growth.

The manifesto promised that it will withdraw the widely resented Citizenship Amendment Bill (CAB) introduced by BJP. The Bill proposes citizenship to Non-Muslims from Bangladesh, Pakistan and Afghanistan.

The manifesto also talks about the controversial National Registrar of Citizens (NRC). It states that it will find an amicable solution to ending illegal immigration and ensure legislative measures to protect indigenous people, but at the same time the party will also ensure that no citizen of India is denied inclusion in the final National Register of Citizens.

Strengthen the security of the borders and hold dialogues with neighbouring countries Bangladesh, Myanmar and China to stop illegal immigration and prosperous border trade

Congress also promised to North Eastern Council to expand, comprehensive review and required a change in the existing policy, sustainable agriculture, horticulture and organic farming thereby utilizing the rich biodiversity and natural resources of NES, acknowledge the importance of Autonomous district councils and promises to enhance financial assistance to these Councils.

The party also promised to increase the budget outlays for infrastructure and social sector development in the NES, especially for railways, roads, communication, connectivity and tourism. We will provide sufficient funds to address the development gaps in education and healthcare.

Floods that are a routine problem in the NES will also be looked into, and modern technology will be used to find a permanent solution to the problems of flood and soil erosion.

The manifesto also ensures that tea garden workers are paid wages and given other benefits in accordance with the laws applicable to them and according to the bilateral agreements.