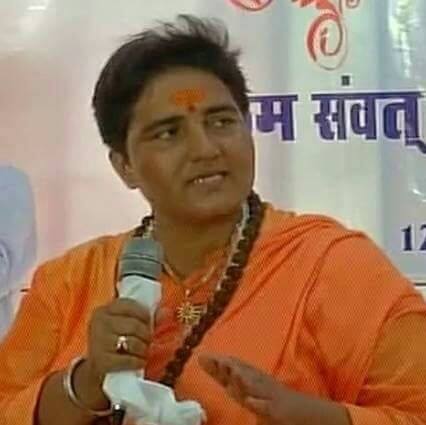 Apart from this, Dr KP Yadav from Guna, Raj Bahadur Singh from Sagar and Ramakant Bhargava from Vidisha have been nominated.

In an interaction with the people of Bhopal on the question of contesting the elections, Pragya said, 'Digvijay Singh is not a challenge in the Bhopal parliamentary constituency. My life is dedicated to the nation, so whatever will be necessary, I will do it.'

Earlier this morning, Pragya met party leaders here in the Madhya Pradesh BJP office here and got the BJP's membership.

After joining the BJP formally, Pragya came out of the BJP office and told the media, 'I am fully prepared to fight against Digvijay Singh from Bhopal seat and I will also win this election.'

It is notable that after the arrest of the 2008 Malegaon bomb blast case, the name of Sadhvi Pragya Singh Thakur was first mentioned in the discussion. She was also in jail in this case.