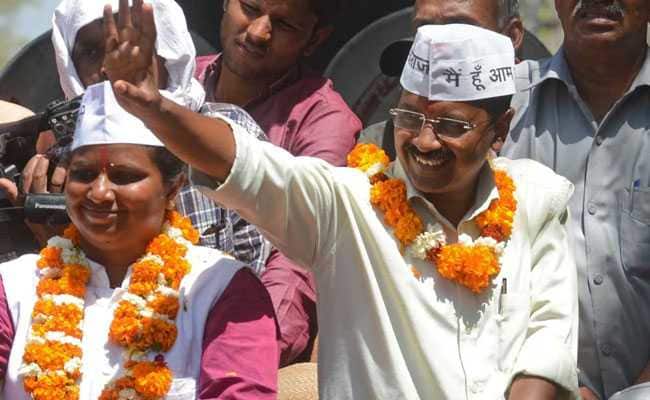 Present CM of Delhi and AAP leader Arvind Kejriwal announced for cheaper loans for houses and to lift the ban on the commercial establishment in Delhi, he also announced 85% reservation for local people in jobs and in colleges. However, he says that he can make all this effective, once Delhi is given with full statehood.

With Lok Sabha elections just around the corner, political rallies and campaigns have begun. And with it has started a round of promises, like on every eve of elections. In Delhi, AAP has also begun its rally and Arvind Kejriwal has started his campaign in full swing.

Arvind Kejriwal’s is fully devoted to giving Delhi its full statehood. His party believes that development and freedom from increasing crime rate are only possible in Delhi when it gets it full statehood rights. The party claims that it can fulfill all its promises once the full statehood is attained.

AAP chief, Arvind Kejriwal contended that the party has to come to the majority to grant Delhi full statehood.

Addressing a rally in Timarpur, in North Delhi, Arvind Kejriwal stated, “Don’t think about making a prime minister in the upcoming elections. Think about yourself, your family and your children. Let this election be about you and not the PM. If AAP wins in Delhi then getting works done would become much easier and faster”.

He also reiterated how it was important for Delhi to be independent to be able to make decisions. He cited how the seal on commercial establishment could have been easily discontinued by the central govt just by passing a “one-line ordinance”, but since the centre did not co-operate, the ban continues.

He then declared that “If Delhi becomes a full state, then in 24 hours I will stop all sealing activities in the city”.

Other promises made by the AAP govt if it wins the Lok Sabha elections are: 85% reservation for locals in jobs and in colleges, loans to build houses providing every Delhi family a house in ten years, open more schools and colleges, improve city’s law and order to ensure women safety, development-based programmes in unauthorised colonies.