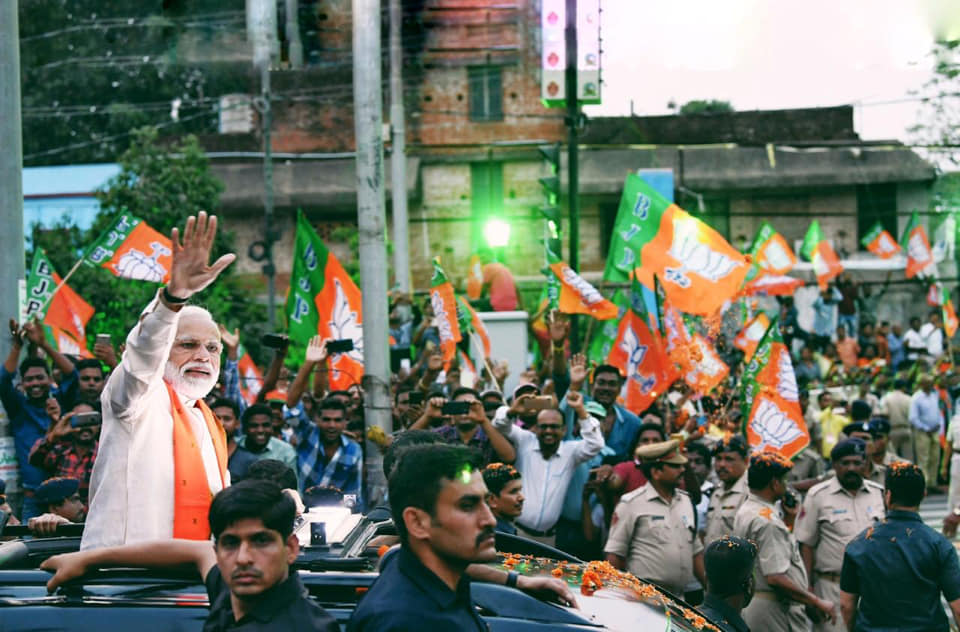 The campaigning is entering its final phase. To that end, on Wednesday, Prime Minister Narendra Modi is slated to address three rallies in his home state, while Congress president Rahul Gandhi will be in Gujarat over the next two days."Prime Minister Narendra Modi will address public meetings in Sabarkantha, Surendranagar, and Anand on April 17, and in Amreli on April 18," the state BJP said in a release. Incidentally, all four Lok Sabha seats where Modi is slated to address the rallies are among the 6-7 seats that the Congress expects to win. A senior BJP leader said that they expect the PM's rallies to tilt the balance in these seats in favour of the party and enable it to repeat its 2014 sweep when it won all 26 LS seats in the state. Modi is also expected to visit the state on April 21, which is the last day for campaigning. A party leader said that the visit is yet to be finalised, but Modi is likely to visit north Gujarat. Congress president Rahul Gandhi, meanwhile, is also slated to address a series of rallies in Gujarat during the week. Party officials said that he will campaign for his party's Porbandar candidate at Vanthali in Junagadh district on Thursday evening, before proceeding to Bhuj for another rally. External affairs minister Sushma Swaraj is also slated to take part in a Mahila Sammelan in Ahmedabad on Thursday afternoon and in a meeting of intellectual citizens in Jamnagar in the evening.