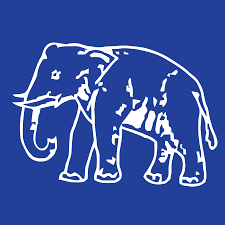 Bahujan Samaj Party ( BSP ) has announced 16 candidates in Uttar Pradesh. The BSP is contesting on 38 seats, the SP has fielded its candidates on 37 seats and three seats are left for the RLD. The SP-BSP-RLD alliance has left two seats of Amethi and Rae Bareli for the Congress in the state. Meanwhile, the BJP-led NDA had won 73 seats from Uttar Pradesh in 2014.

The party has fielded Chandrabhadra Singh from Sultanpur, Ashok Kumar Tripathi from Pratapgarh, Ritesh Pandey from Ambedkar Nagar, Ramasheromani Verma from Shravast, Aftab Aalam from Dumariyanganj, Ramprasad Chaudhary from Basti, and Bhishm Shankar from Santkabir Nagar among others.

The seven-phased Lok Sabha polls are scheduled from April 11 to May 19. The polls in the state will be held in seven phases on April 11, April 18, April 23, April 29, May 6, May 12, May 19. Eight Lok Sabha constituencies- Saharanpur, Bijnaur, Muzaffarnagar, Ghaziabad, Baghpat, Noida, Kairana and Meerut went for polls in the first phase.

Significantly, this time BSP, SP and RLD are contesting in the alliance, in which BSP is contesting 38 seats. Earlier, the BSP has declared its 22 candidates.