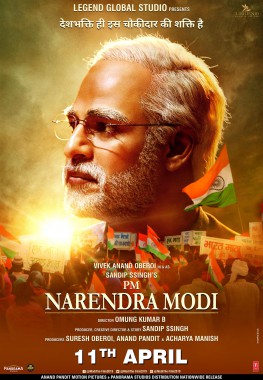 The Supreme Court today dismissed a Congress leader's petition seeking to stop the release of "PM Narendra Modi", a biopic on the Prime Minister, saying "too much of court time is wasted on these non-issues".

CJI Gogoi, however, made it clear that the SC will not interfere.

“Mr Singhvi, we have restrained ourselves. Too much time wasted on such non-issues“, said CJI Gogoi.

“We don’t think so“, responded the CJI and dismissed the matter.

"On behalf of the petitioner, a prayer has been made that directions should be issued for furnishing a copy of the film to enable the petitioner to act in terms of the order. We fail to see how such a direction can be issued by the court," it said.

The top court said that the petition was "premature" as the film was yet to be certified by the Censor Board. "We, therefore, do not consider it fit to entertain the petition", a bench comprising Chief justice Ranjan Gogoi and Justices Deepak Gupta and Sanjiv Khanna said.