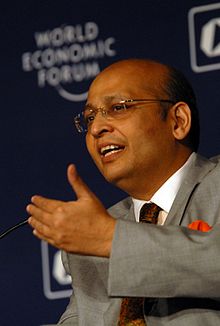 "Can Modi dare contest elections from any of the constituencies of Andhra Pradesh, Telangana, Kerala or Tamil Nadu like Rahul Gandhi did," he questioned. Singhvi also praised the Congress's manifesto for its practicality and verifiability.

"This manifesto is unprecedented in all respects. Such a manifesto has never been made by any party, but it does not have 'jumlebazi' and 'fenkubazi' in it," Singhvi said.

Referring to the BJP's claim of doubling the farmers' income by 2022, the Rajya Sabha MP said agricultural growth has dropped to 1.9 per cent against the 4 per cent under the UPA government.

"It is a cruel joke with farmers. What do you mean by doubling their income as it has already fallen to less than half in BJP rule," Singhvi said,

He further alleged that the BJP government had stated in its manifesto in 2014 that food processing clusters will be developed. “But they proceeded at a snail’s pace that the policy in this direction was framed four years later in 2018 by the BJP govt,” he said.