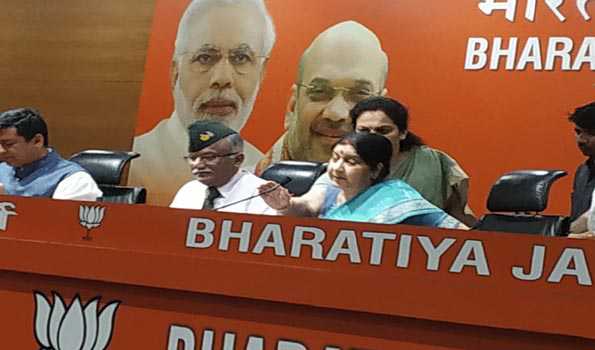 Sarath Chand was commissioned into the Garhwal Rifles in June 1979 and retired as vice chief of Indian Army on June 1 last year.

Chand has been in active combat leadership roles at every stage of command in the army.

Talking about his entry in BJP, he said, "In today's global scenario, the country needs strong leadership. I was inspired by Prime Minister Narendra Modi''s leadership that's why I am joining BJP” while adding that the BJP has done a lot for soldiers.