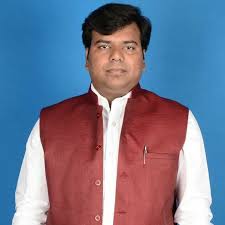 Samajwadi Party MP from Gorakhpur Praveen Kumar Nishad joined the in the BJP on Thursday. On this occasion, senior BJP leader and Union Minister JP Nadda said that Mr Nishad has a lot of influence in their respective area and has joined the BJP due to staunch belief in the policies of the Modi government.

Pravin Nishad won from Gorakhpur in the by-election, when he joined hands with the SP and the BSP against the BJP. Praveen Nishad's father Sanjay Nishad is the head of Nishad Party.

Praveen Nishad contested on SP's ticket. However, later due to differences between Sanjay Nishad and SP chief Akhilesh Yadav, he left the SP. For the 2018 bye-elections to Phulpur and Gorakhpur Lok Sabha seats, Samajwadi Party tied up with a number of smaller parties, including Nishad Party to extend its social base beyond Yadavs and Muslims. Sanjay Nishad's son, Praveen Kumar Nishad was selected as the Samajwadi candidate in Gorakhpur, where the Nishad community is the second largest demographic group.

The BJP has not yet fielded its candidate from Gorakhpur seat, which is considered to be the stronghold of Uttar Pradesh Chief Minister Yogi Adityanath.