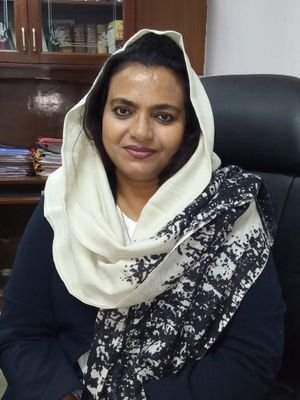 For the Lok Sabha elections 2019, where leaders are changing parties and shifting loyalties, an IRS officer posted in Meerut, Preeta Harit resigned from the post on Wednesday and joined the Congress party. Preeta was the principal commissioner of income tax in Meerut.

Uttar Pradesh Congress Chief Raj Babbar has welcomed Preeta Harit to the party. Preeta Harit's resignation has been accepted. Preeta, a resident of Haryana, has been very active with the rights of Dalit rights since its inception. She was the founder of the Bahujan Samyak organization.

She was born in Palwal of Haryana.  She passed the Civil Service examinations at the age of 22. The 1987 batch IRS Preeti Harit had severely criticized the atrocities committed against Dalit women in Dankaur. She had an important role in the demand for the investigation in this issue to the CBI. At that time, the victims have demanded compensation of Rs.20 lakhs for women.