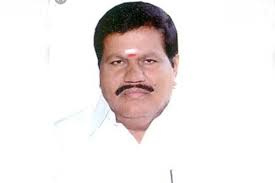 R Kanagaraj, AIADMK MLA from Sulur Assembly constituency passed away on Thursday morning. The cause of death is cited as cardiac arrest while reading the newspaper in Tamil Nadu’s Coimbatore. He was 66 years old and is survived by his wife Rathinam, son Shanmugasundaram and daughter Bamavijaya.

This is the second death in the political spectrum after the Goa CM’s Manohar Parrikar death after his battle with pancreatic cancer.
Edappadi K. Palaniswami, Chief Minister of Tamil Nadu and several other ministers are expected to go to Coimbatore to pay their last respects to the deceased leader. Kanagraj was elected to the Tamil Nadu Legislative Assembly in 2016 from Sulur in Coimbatore district. He had defeated Congress candidate Manoharan with a margin of over 35,000 votes.

By profession, Kanagaraj was an agriculturalist. His death is followed by AIADMK's strength in the Tamil Nadu assembly coming down to 113, which is five short of a majority. The total vacancy in the assembly has touched 22.