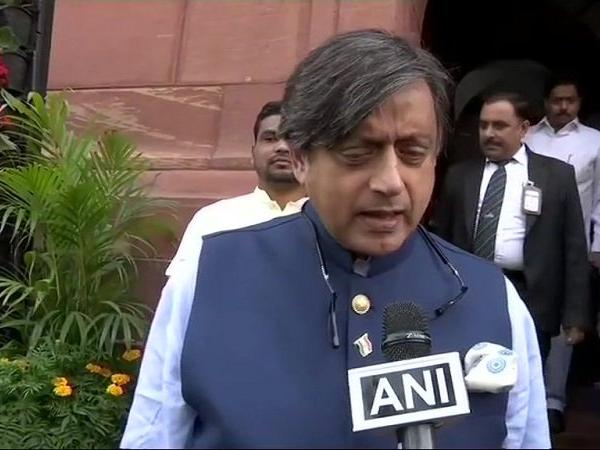 Congress Leader and Thiruvananthapuram MP, Shashi Tharoor took a jibe at BJP by saying that the Lok Sabha polls should be fought on "perennial issues" like poverty and disease and not on a "tragedy of one moment referring to the Pulwama attack.

Tharoor lashed out at the government for trying to make the upcoming Lok Sabha polls a "national security based election".

In an interview with PTI, he said, "We were doing very well by all estimations and the momentum was with us when the Pulwama tragedy struck us. Thereafter, the government has tried to make this a khaki election, a national security-based election,"

He further added that BJP is trying to hype their nationalist message that they were trying to protect the nation at the time of danger which, to his and Congress’ view, has not been the principal challenge facing the country,"

He claimed a dramatic change in the character of India under BJP rule by saying that an estimated 97% of all communal violent incidents relating to cow vigilantism have happened in the last four years.

He backed up the figures by claiming that the source lies in the Home Ministry of Rajnath Singh and not by Congress or any NGO.

Tharoor then took a dig PM Modi, by claiming that triumphant majoritarianism celebrates violence while the PM stays silent. His attacks were in reference to the issue of Centre undermining constitutional arrangement that India was a country for all religions. Tharoor also hinted at the citizenship amendment Bill issue which will allow every citizen of a neighboring country except Muslims to settle and called it bigotry that was never a part of Indian nationhood.

He expressed the hope that the people of India will vote out BJP as the party doesn't deserve a second chance.

Addressing the issue of farmers, he claimed with regret that In India, there are more farmer suicides than terror victims stating that for the first time in history, there were eight farmer suicides in Kerala.

The former UN diplomat then went on to mock a number of BJP’s claims regarding job while taking a dig at the demonetization move which apparently led to shutting down of micro businesses.

Lastly, when asked whether Congress was ready to take on the BJP, he said it was "absolutely" ready.